A man threatened gory sexual violence on a Facebook post of a girl, an online petition got him arrested by Police


Recently a man named Agniswar from Kolkata threatened a girl for rape in the goriest way possible on Facebook. A petition was started online saying "This kind of mindset not only harms the society all together, but has severe psychological effects on the victims as well. Strict action should be taken against him so that an example is set once and for all , that you cannot simply get away with such acts of atrocities towards a woman." 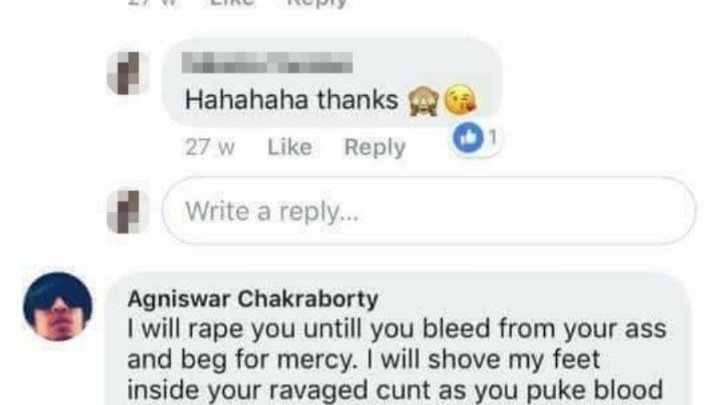 Now Kolkata police have confirmed his arrest and a case registered against him. His mobile has been confiscated and he has pleaded guilty. The petition update said -
"11 OCT 2017 — Kolkata police lal bazar division has Agniswar Chakraborty in custody and criminal proceedings has been initiated. He has admitted his guilt and the cyber division is currently investigating his phone. Thank you for all your support." 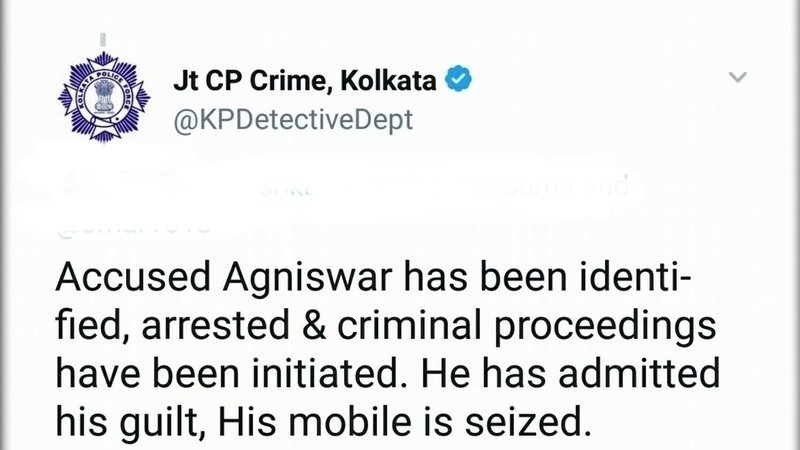 The petition is further demanding that the Kolkata High Court give him a harsh sentence that sets an example. So far it has raised 60,000 signatures.

Continue reading... |  Where is the full article?
Please click on 'Continue reading...' link above to read more. Younews is India's best trending news aggregator. It fetches you the latest viral stories across India that you should not miss with small AI generated summaries. You can also submit your own news links, articles, consumer complaints to reach thousands of our readers.
This story is trending. Share it.

(but may not be recent)


A Hacker Will Delete Zuckerberg's Facebook Page On Sunday Afternoon, And You Can Watch It Live

Yoga In Burqa: Kolkata’s Muslim Women Step Out Of Their Comfort Zone To Stay Fit

Soon, you might be able to 'unsend' messages on Messenger

Raj Thackeray to arrive in the city, meet Mamata on Wednesday

Take a glimpse of a robotic future. It will make you feel creepy.

What will happen to your digital personality when you die?